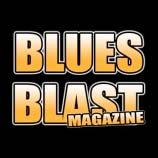 When I got Lisa Mann’s latest CD, Satisfied, I was glad to find a fellow bass player who has the initiative to take the leading role in a band. She is accomplished in both roles, having won awards for both her vocals and bass playing from the Cascade Blues Association (she hails from the Portland, Oregon area).

Besides her performing roles, Lisa also has the principal songwriting roles in this release. She wrote nine of the thirteen tracks and they all have smart lyrics and great musical scores. It is nice that they give their customers over 50 minutes of music, as many new releases barely come in at 40 minutes these days.

One worry that I had before listening to this album was that if the leader and songwriter was a bass player, that this exercise would be a total bass wank-fest. It turns out that though the bass part is forward in the mix and a more complicated than on many blues albums, is never becomes overbearing.

“See You Next Tuesday” is the lead-off track on Satisfied, and right away the listener gets an up-tempo blues romp with Brian Harris on the organ and Jeff Knudson playing smooth licks on the guitar. If this is your first experience with Lisa Mann, you will find that she has a rich and full voice, and can really belt out a tune. It is a brief and humorous tune, which makes it like a good appetizer before a feast.

Jeff Johnson’s “Gamblin’ Virgin Mary” comes next and changes things up a little as it starts out with a growly bass lick that proves that Lisa has got the blues pouring out of her fingertips too. Lisa switches to more a gospel tone with her vocals, and the keyboards are layered with honky-tonk piano and organ tones. Michael Ballash’s drums are perfectly in sync with Lisa, providing a solid foundation.

“Always Nobody” is another original song with funny lyrics, describing how humbling is it to be home when it seems like you are appreciated everywhere else. Fellow Oregonian (and one heck of a musician) Lloyd Jones is featured on vocals and guitar on this track, and his voice works in very well with Lisa’s. I wonder if he does not feel famous in Portland too…

From the title you can figure out that “Have I Told You I Love Your Today” is a love song. It also happens to be a very good pop/rock tune that is as radio-friendly as you can get, and is yet another great showcase for Lisa Mann’s vocal talents, too.

Carlo Bayer Sager’s “Alone” is just Lisa and her bass, and she has tastefully reworked this song to make it her own. Her raw emotion and beautiful voice make this one of my favorite tracks on Satisfied. This track provides also gives the listener a small rest before jumping back into the blues with Johnny “Guitar” Watson’s “Don’t Touch Me”, which has some awesome guitar work from Kevin Selfe, and horns from Dan Fincher, Joe McCarthy and Brad Ulrich.

After eleven tracks with the usual blues themes of hard times, disillusionment and love lost, “Kings of Black Gold” is a splash of cold water to the face with its heavy political message. I do not see Satisfied as a political album, so this track does not fit in with the rest of the tunes. Of course it is a well-written song, and Mitch Kashmar does a nice job with the harmonica parts on this track, so I did not let it bring me down.

The somber tone does not last though, as the album finishes off with “Doin’ Alright”, which is an upbeat tune with Joe Powers sitting in on the harmonica. Also featured is Brian Fowxorth, who takes over as drummer and adds a little soul with his backing vocals on this track. This song was a great choice for ending the album, as it brings things to close on a happy note.

So, the bottom line is that Lisa Mann and her group did a very good job on Satsified, which provides a little bit of everything from blues to pop and sadness to humor. This is a solid album with consistently catchy tunes and a passel of great musicians, and is well worth the ten bucks it costs to download it online. I can’t wait to see what she comes out with next!

Reviewer Rex Bartholomew is a Los Angeles-based writer and musician; his blog can be found at rexbass.blogspot.com.